The New Hope Center for Reproductive Medicine in Virginia Beach, VA offers gestational surrogacy services to individuals and couples who desire to have children. For more information, call us today and schedule a consultation.

Gestational Surrogacy is a type of third-party reproduction where a woman carries a child for another couple or individual that is not genetically related to her. The embryo is created using the intended mother’s (or) an egg donor’s egg, and the intended father’s (or) a sperm donor’s sperm. The embryo is then transferred into the gestational surrogate/carrier’s uterus during an A.R.T. (Assisted Reproductive Technologies) procedure, such as in vitro fertilization (IVF), donor egg IVF, or FET (frozen embryo transfer). Although traditional surrogacy (where the surrogate contributes her own eggs and is genetically related to the child) may be less costly than gestational surrogacy, because of heightened legal risks surrounding traditional surrogacy, The New Hope Center does not offer this particular type of arrangement.

Gestational Carrier – Autologous
In all autologous cases— the intended mother uses her own eggs. In such cases, the couple must undergo the standard infertility work-up, in addition to completing all FDA required screening. The intended mother will complete a traditional in vitro fertilization (IVF) cycle, in order to retrieve her eggs. Then, her eggs will be fertilized with her partner’s sperm in the IVF laboratory, and one of the couple’s embryos will be transferred into the gestational carrier’s uterus.

*In certain cases, a previously frozen/cryopreserved embryo(s) may be transferred, rather than a fresh embryo(s).

Gestational Carrier – Donor Egg
In the case of a same-sex male couple, or couple in which the female has little to no eggs for use, the intended parents will complete a Donor IVF cycle, in order to retrieve eggs. One or both of the same-sex male couple’s sperm (or) the male partner’s sperm will be used to fertilize the egg(s). Then, one of the embryos will be transferred into the gestational carrier’s uterus.

*The goal of treatment is to achieve a singleton pregnancy (one baby). However, some same-sex male couples wish to transfer one embryo created from each of the male partners, if their gestational carrier has agreed. Since twin or higher-order multiple pregnancies can present increased risks to both the babies and the gestational carrier, The New Hope Center does not recommend transferring more than one embryo, for safety reasons.

A gestational surrogate/carrier is required when the female partner or single female patient is unable to carry a pregnancy. This may result from one or more conditions in which the female’s uterus has been surgically removed—such as in the case of cervical or uterine cancer, fibroids, severe endometriosis, or any condition requiring a hysterectomy. In other instances, the female may have a medical condition, such as severe diabetes, which prevents her from carrying a pregnancy.

Same-sex male couples work with a gestational surrogate/carrier, and an egg donor. They typically, will use one (or both) of the male partner’s sperm to fertilize the eggs. A resulting embryo(s) is/are used for transfer.

NO DISCRIMINATION AT NEW HOPE CENTER:

The New Hope Center is an inclusive medical practice, and we’re proud to serve all future parents who request our assistance, including those who may be seen as non-traditional. The New Hope Center does not discriminate, as we have and will continue to support Intended Parents who are:

New Hope is equally inclusive of those women wishing to participate in The New Hope Center’s Program as Gestational Carriers, including those who are:

For Additional Information – Please CLICK the option below that best describes your intention:

Additional Services You May Need 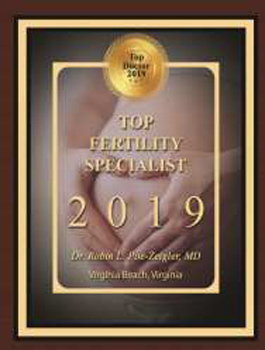 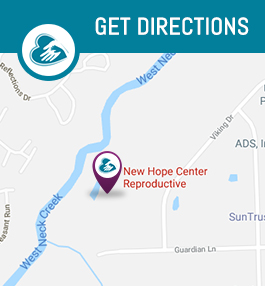 *For any medical procedure, patients respond to treatment differently, hence each patient’s results may vary.
**In case of a life threatening emergency, immediately call 911.
***Information on this site is not intended or implied to be a substitute for professional medical advice, diagnosis or treatment. All content contained on or available through this site is for general information purposes only.
****By using this website and sending us your information, you are giving us permission to contact you by electronic and non-electronic means. We also track the conversions and collect user data to improve marketing.
*****If you are vision-impaired or have some other impairment covered by the Americans with Disabilities Act or a similar law, and you wish to discuss potential accommodations related to using this website, please contact us.

How May I Help You?